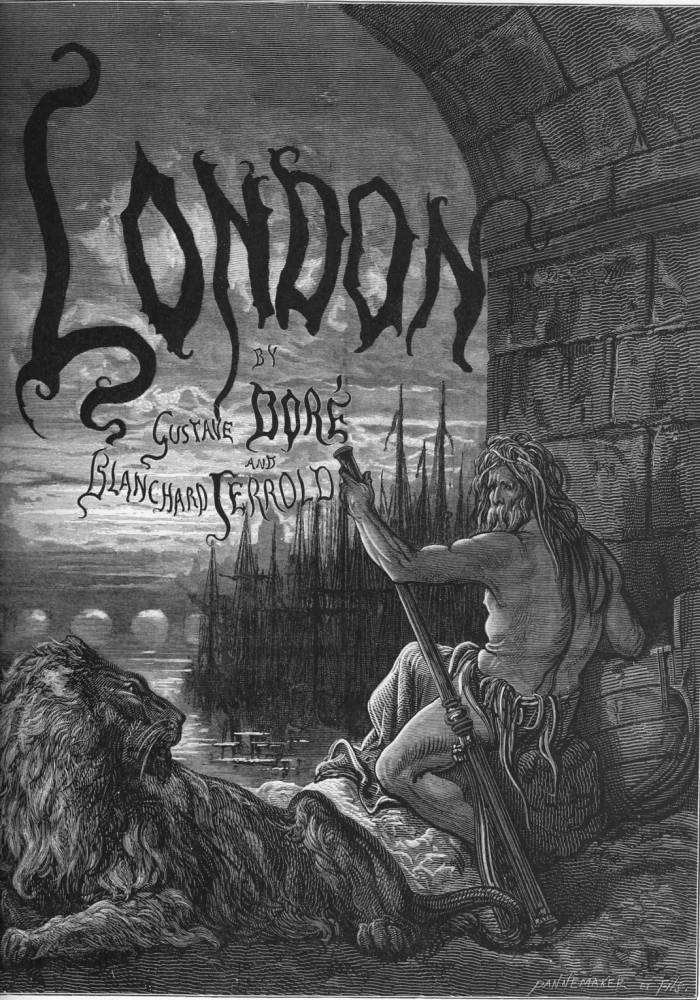 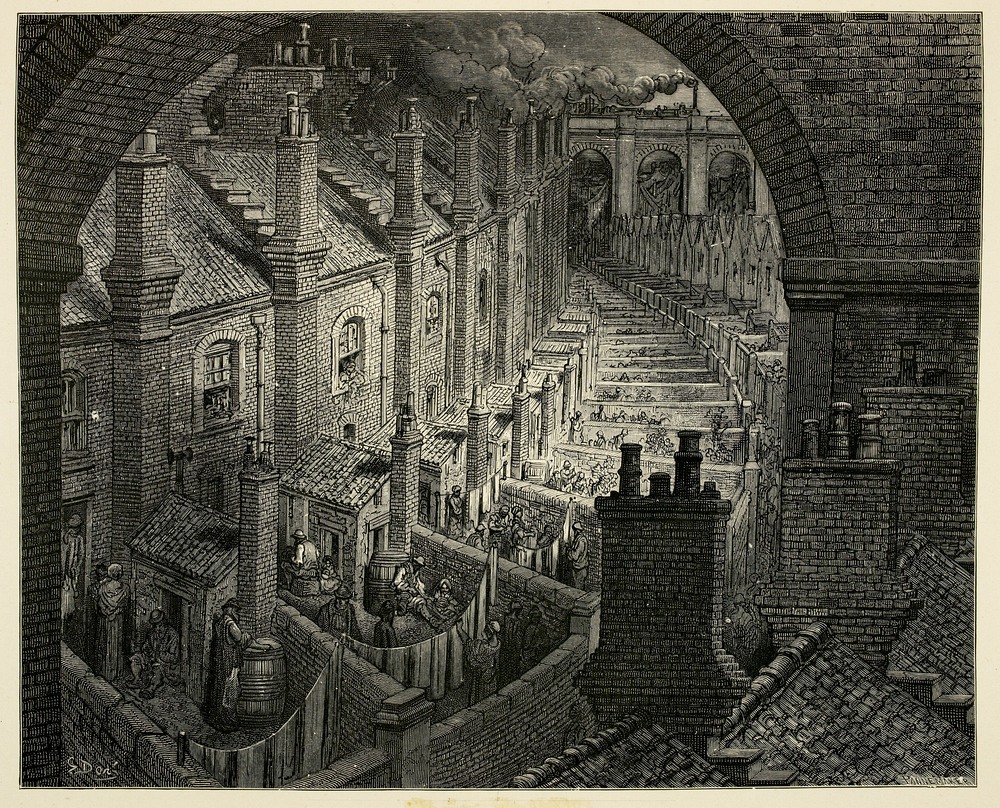 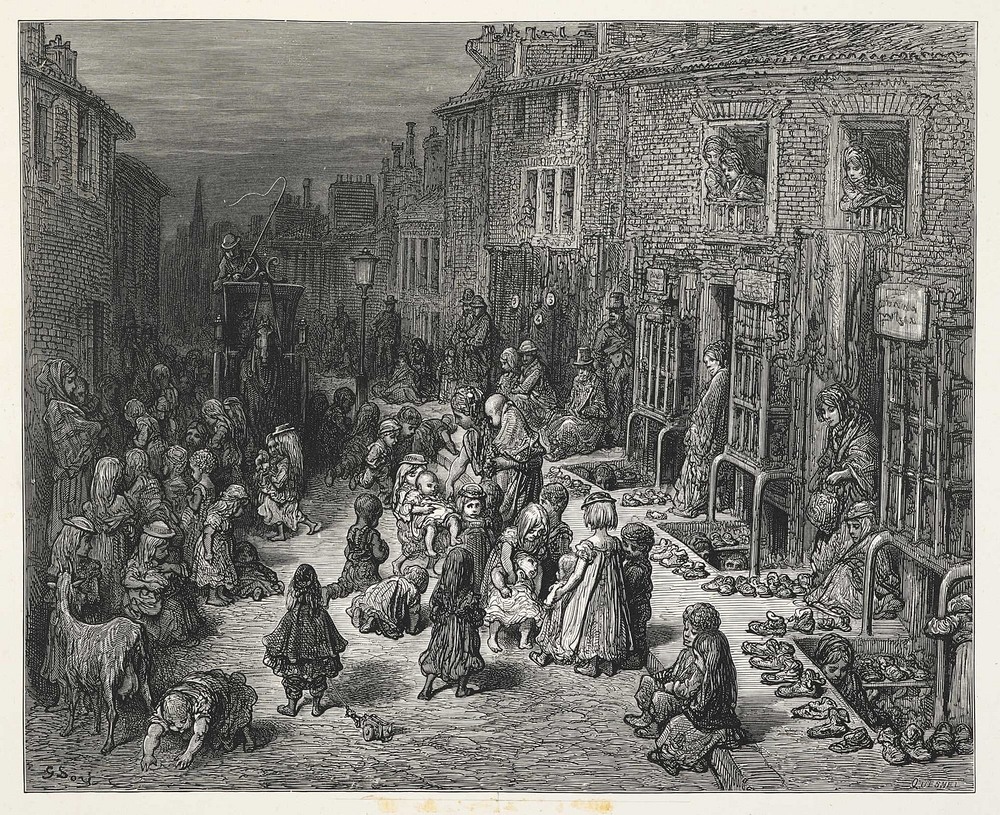 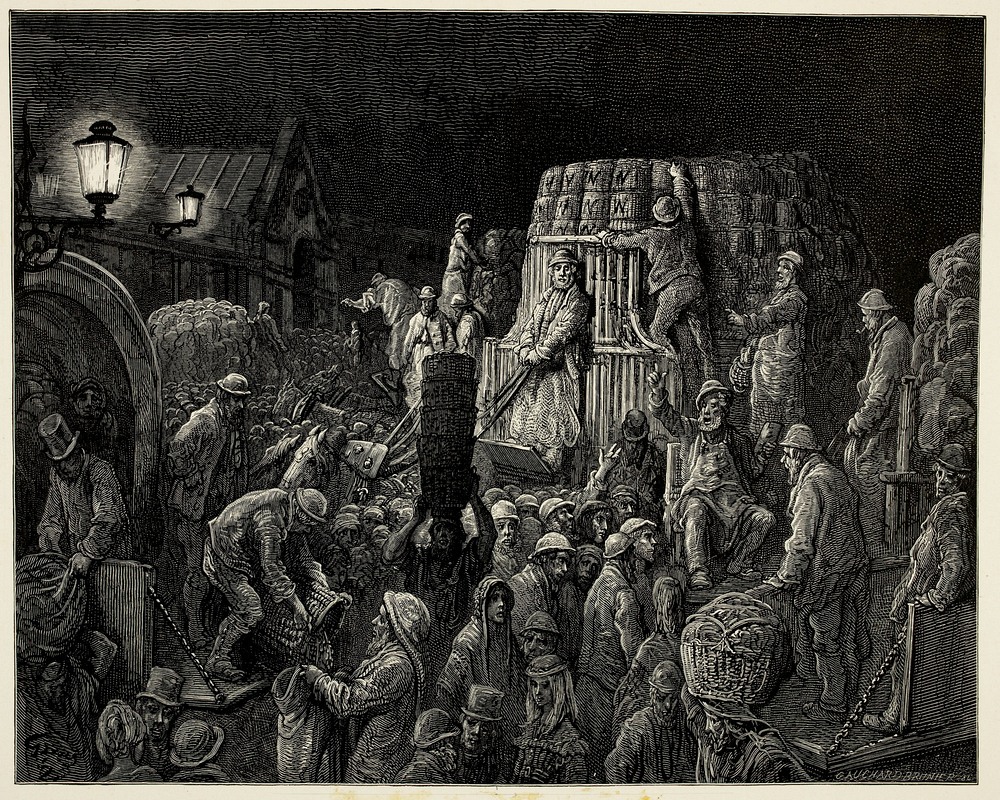 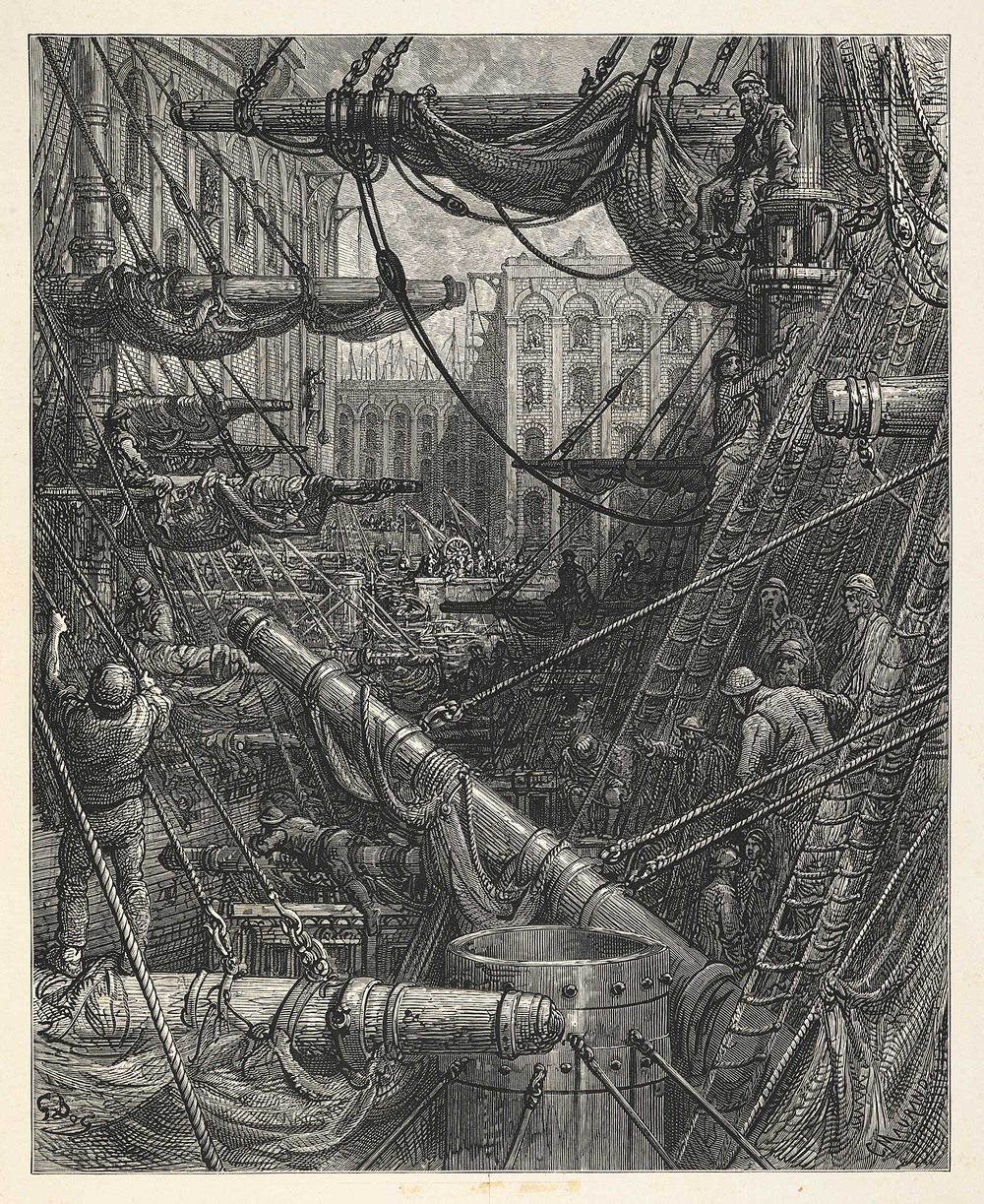 Inside the Docks
”We have travelled through the commerce of a world in little. The London Docks alone receive something like two thousand ships a year.” 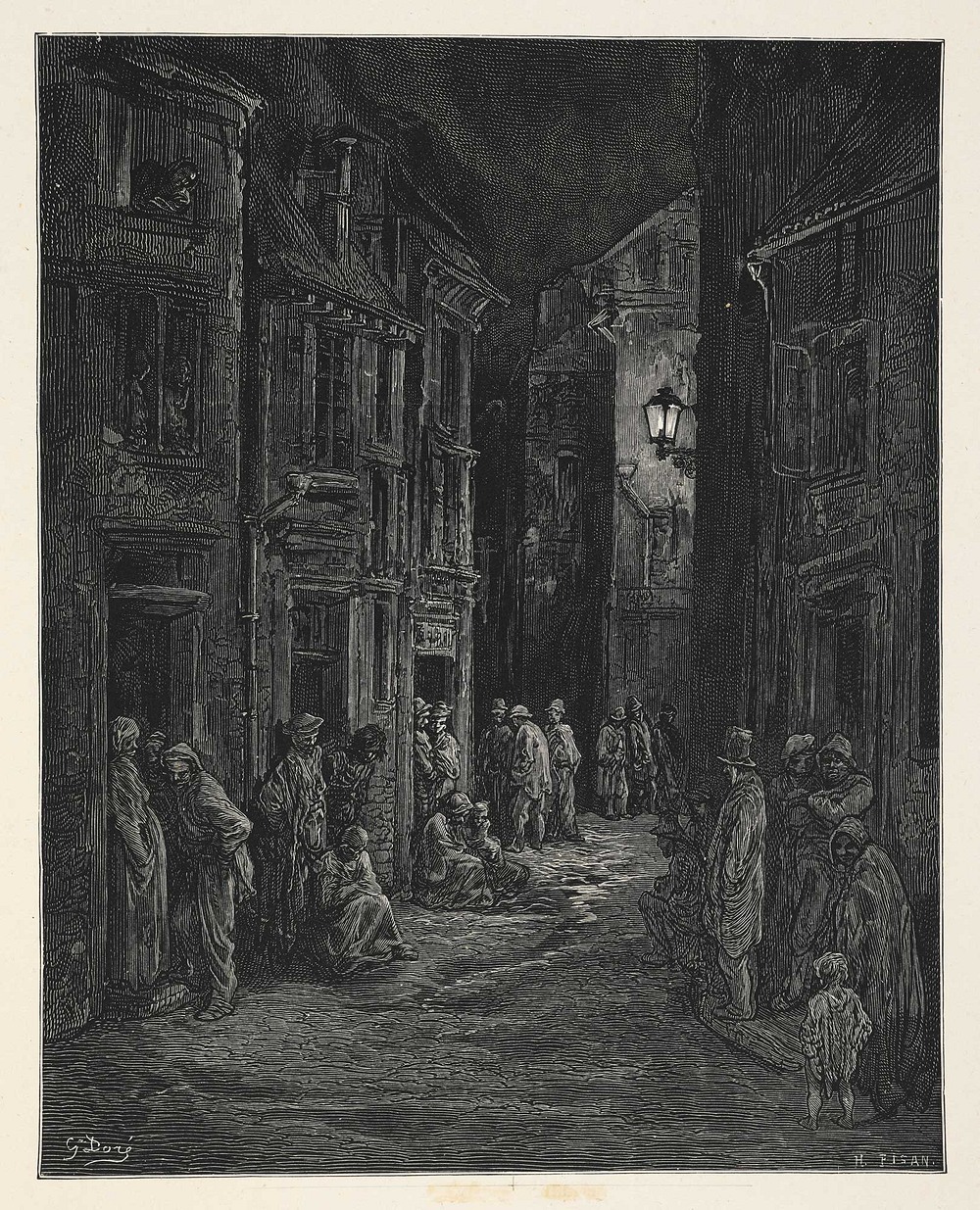 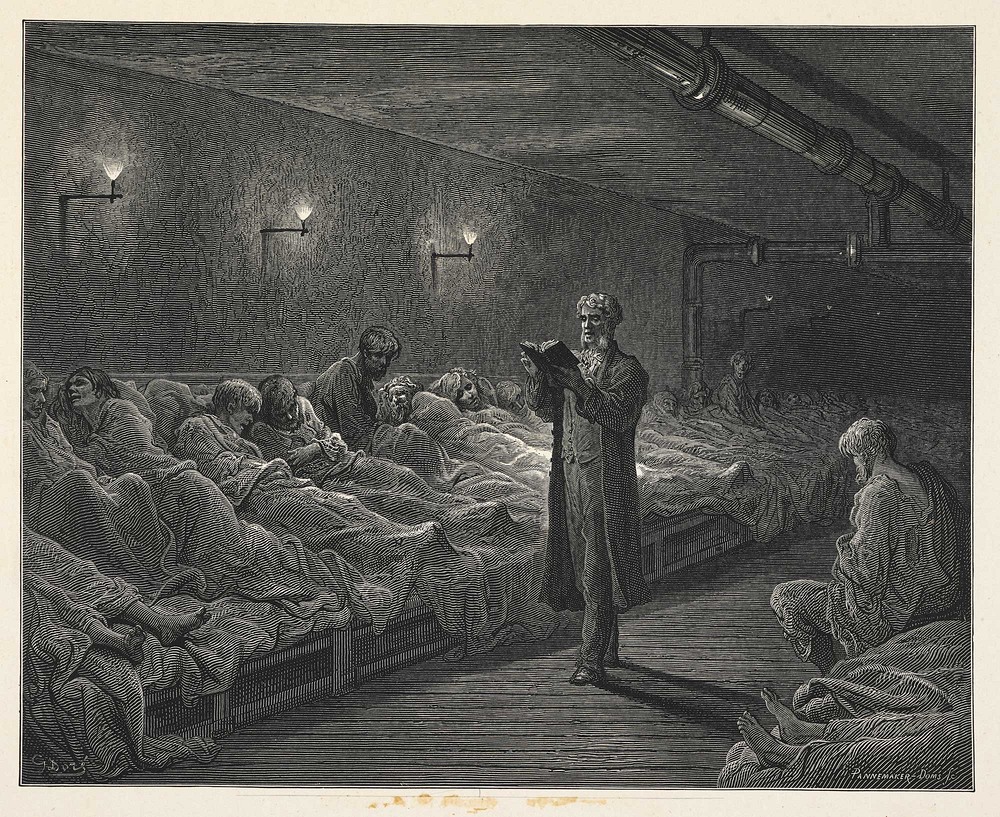 Scripture Reader in a Night Refuge 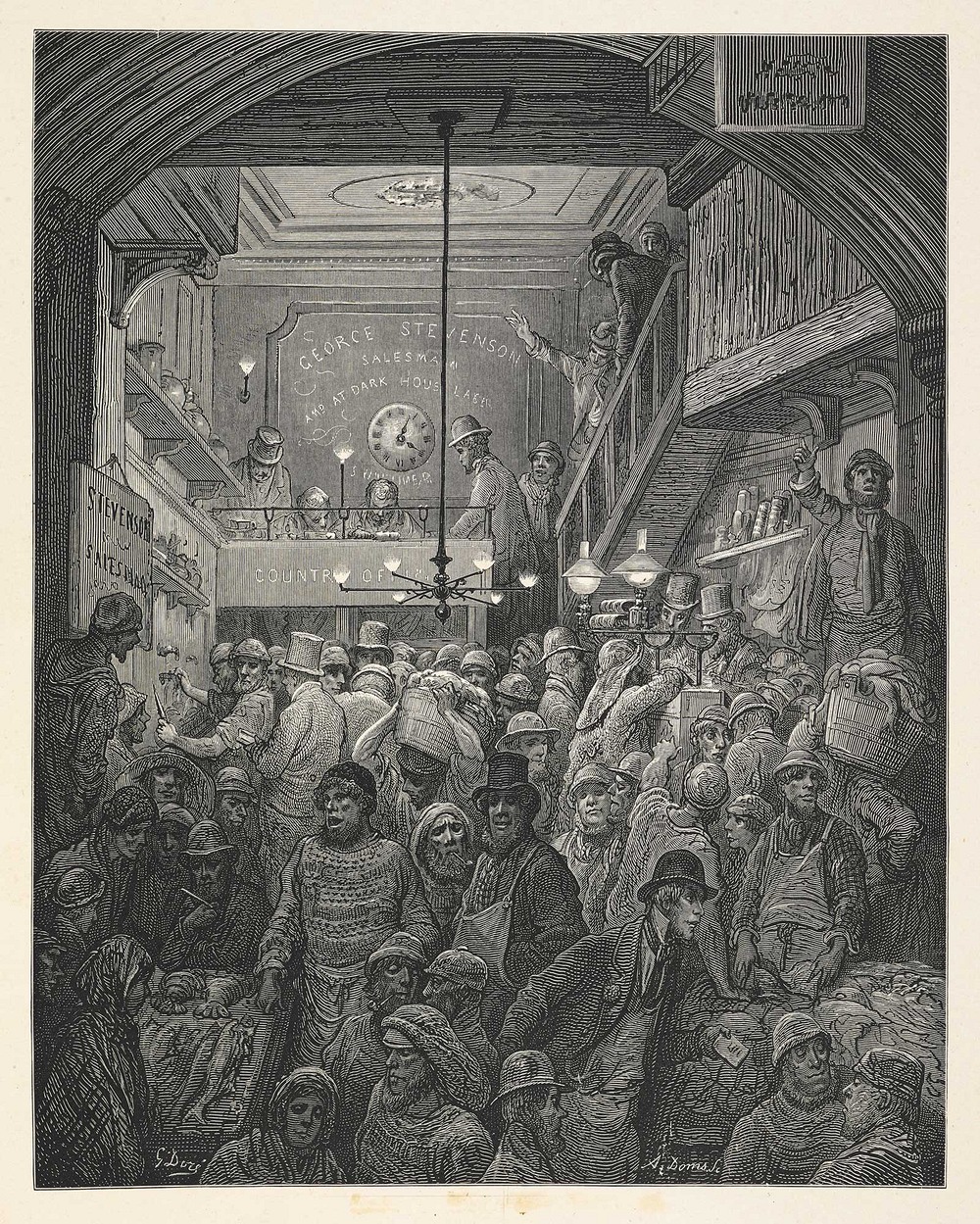 Billingsgate, Early Morning
”The opening of Billingsgate Market is one of those picturesque tumults which delight the artist’s eye.” 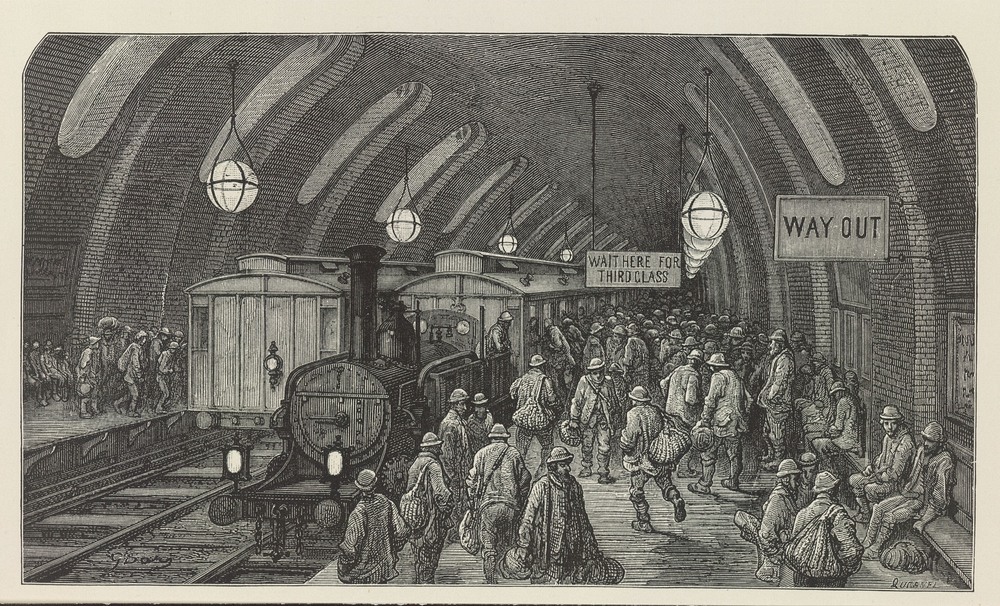 The Workmen’s Train. Steam trains at Gower Street station on the Metropolitan underground line, which had opened in 1863. 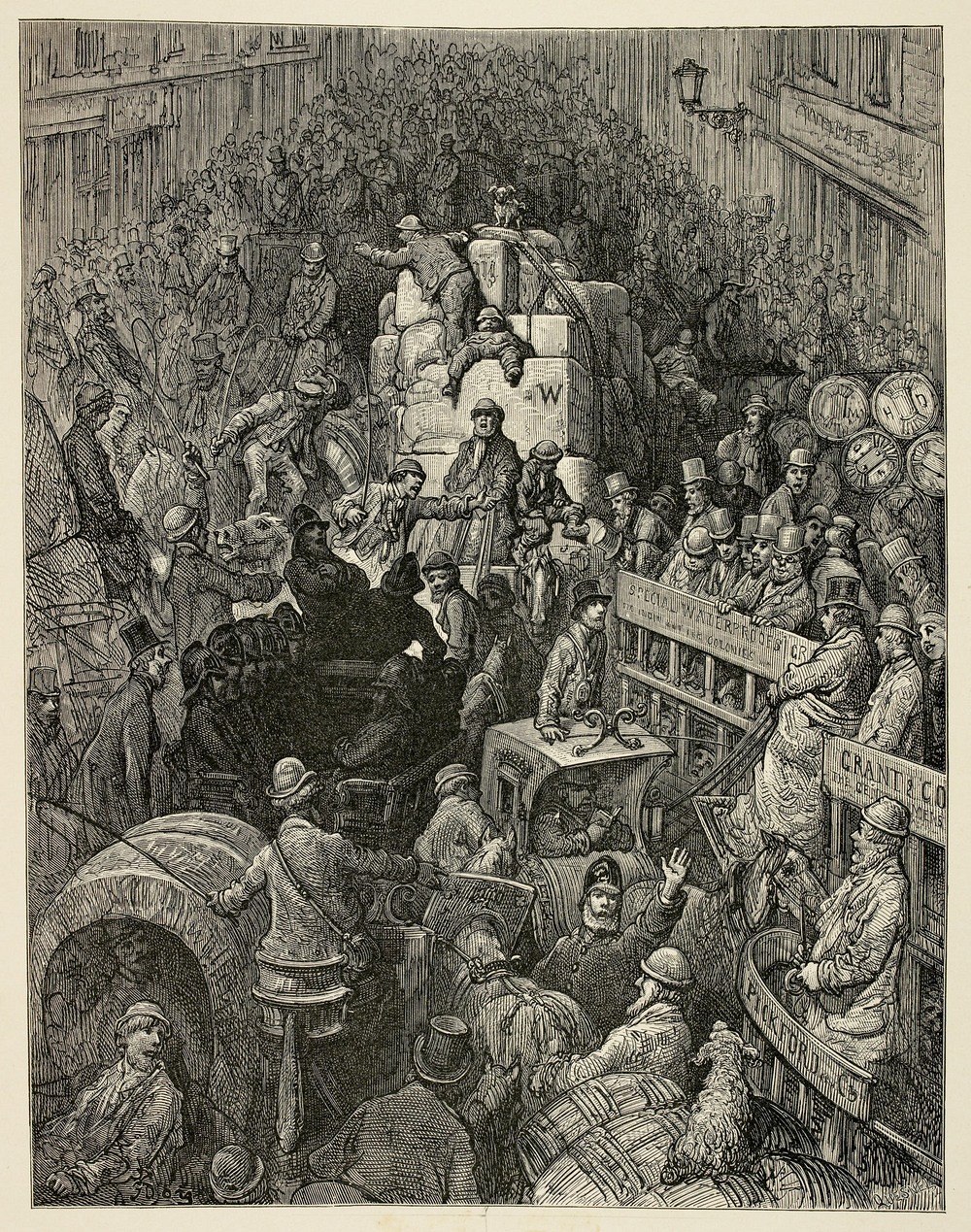 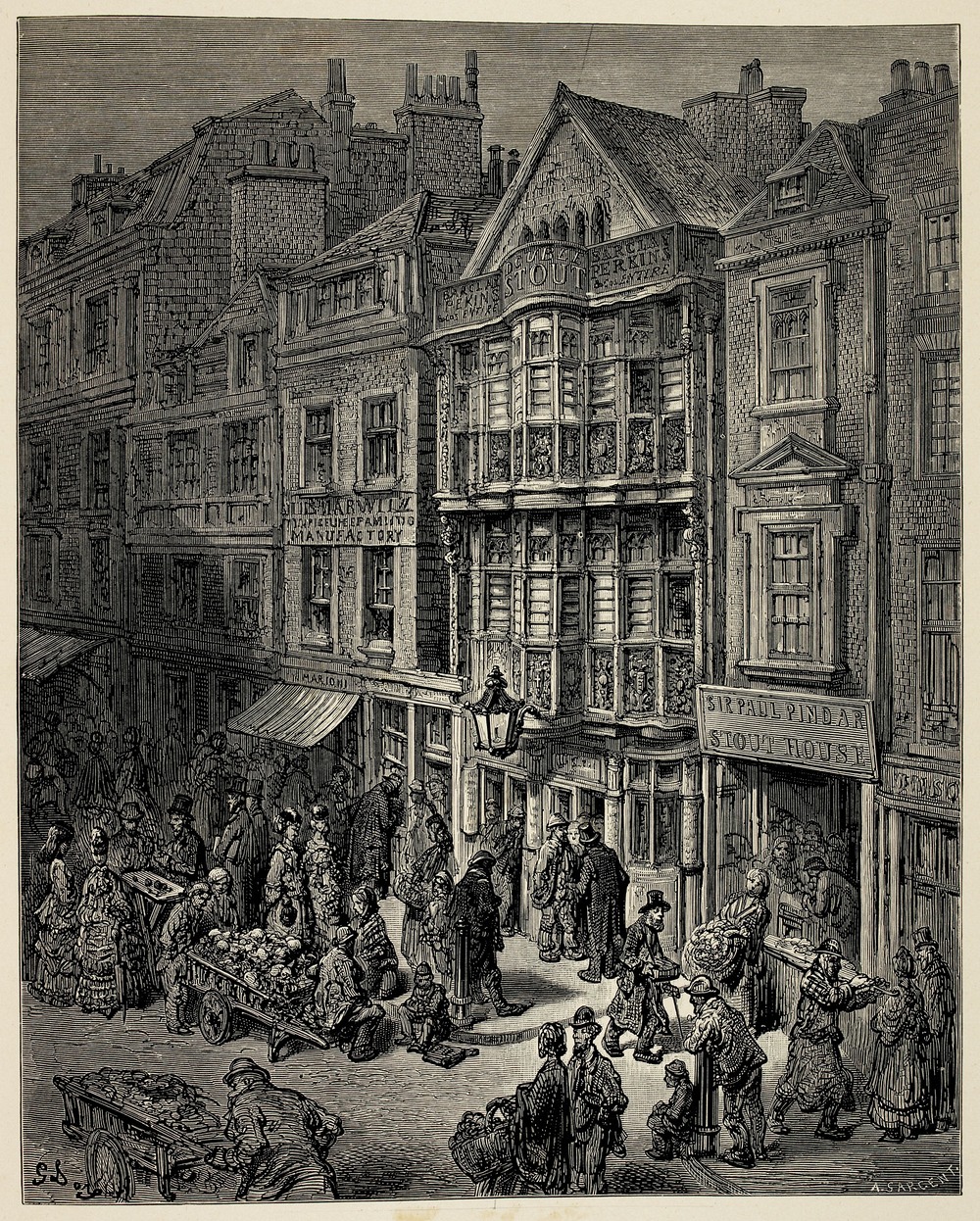 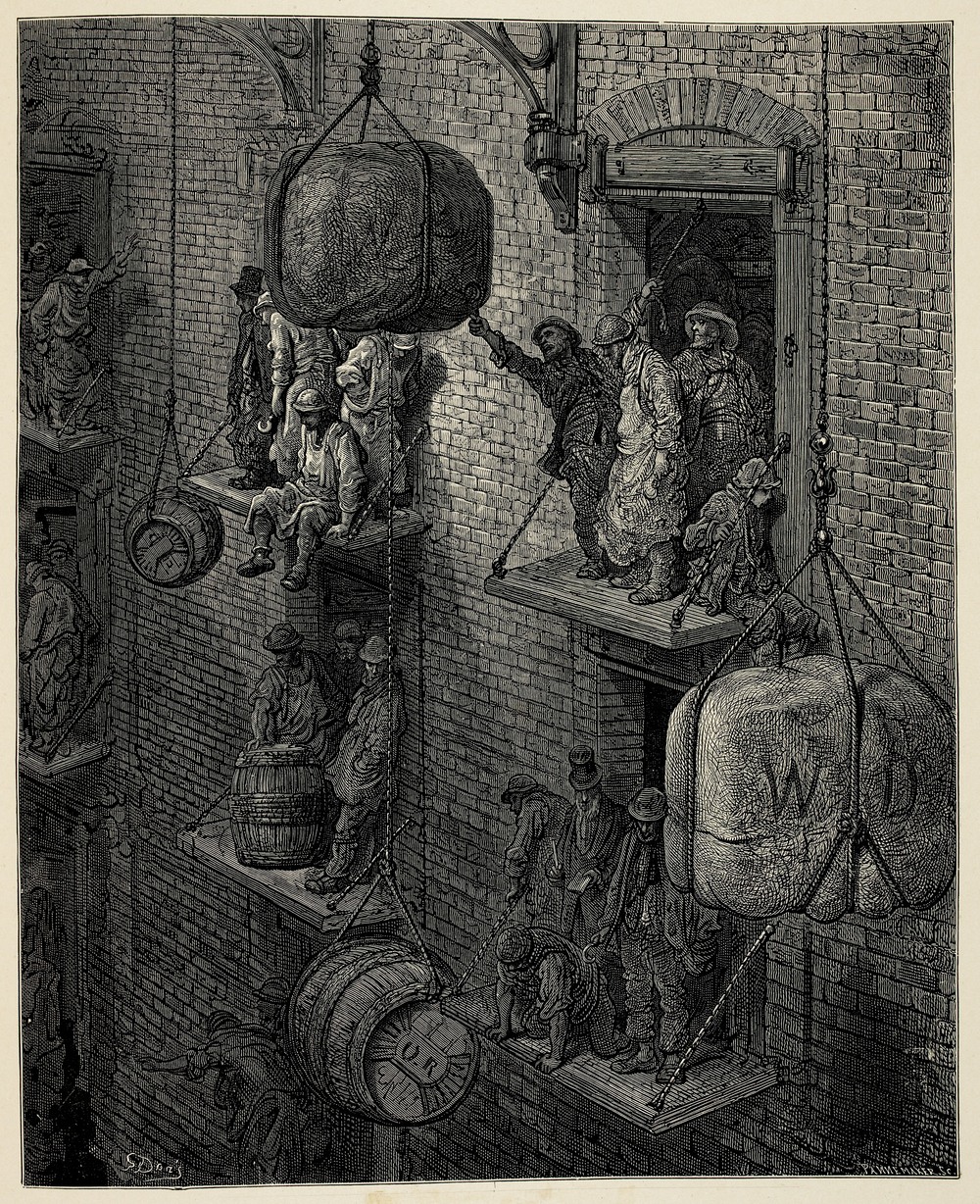 Warehousing in the City.
”The warehouse-men pause aloft on their landing-stages, book in hand, to contemplate us ... The man bending beneath an immense sack turns up his eyes from under his burden, and appears pleased that he has disturbed us.” 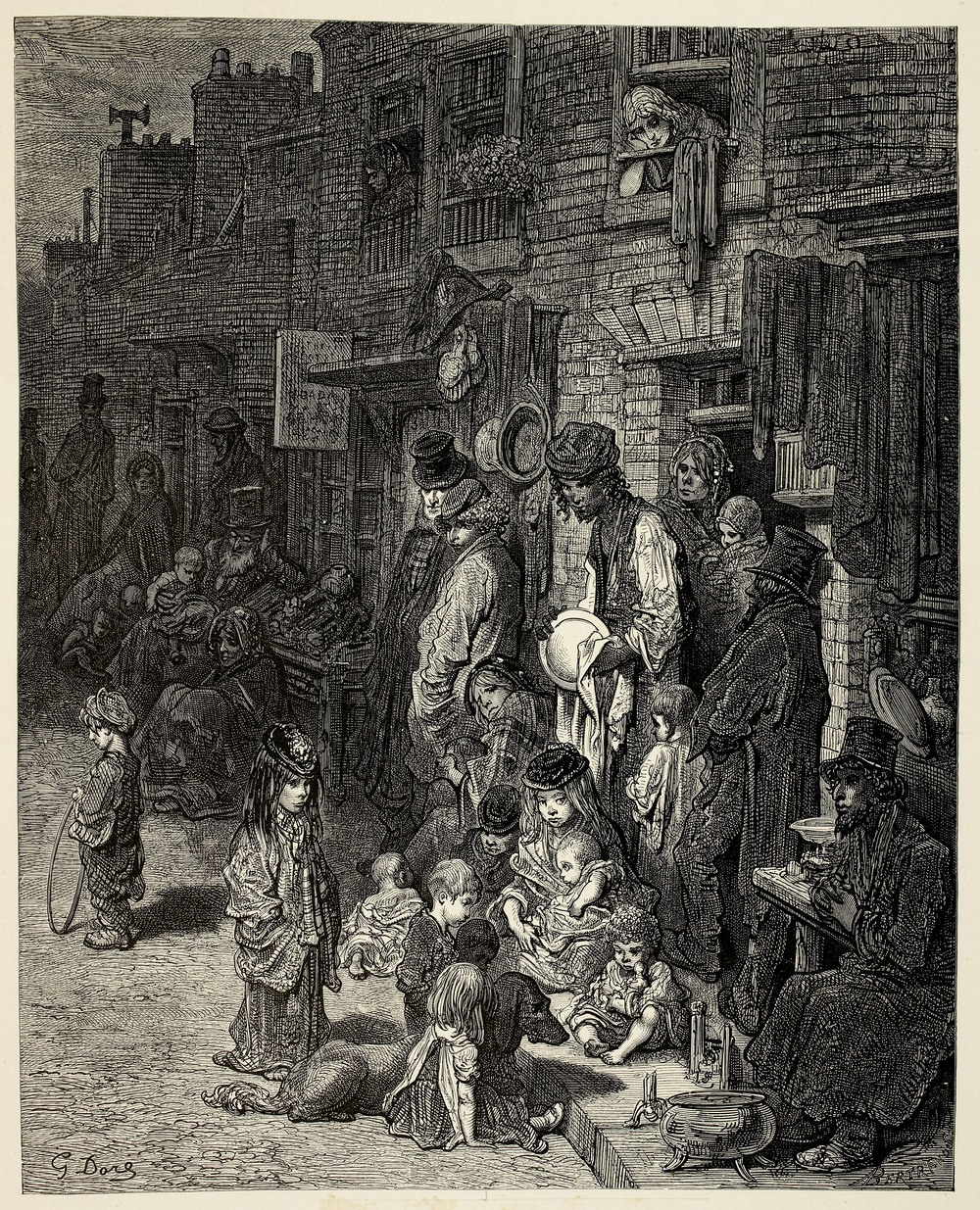 Wentworth Street, Whitechapel
”From the Refuge by Smithfield we rattled through dark lanes, across horrid, flashing highways, to the Whitechapel Police Station, to pick up the superintendent of savage London.” 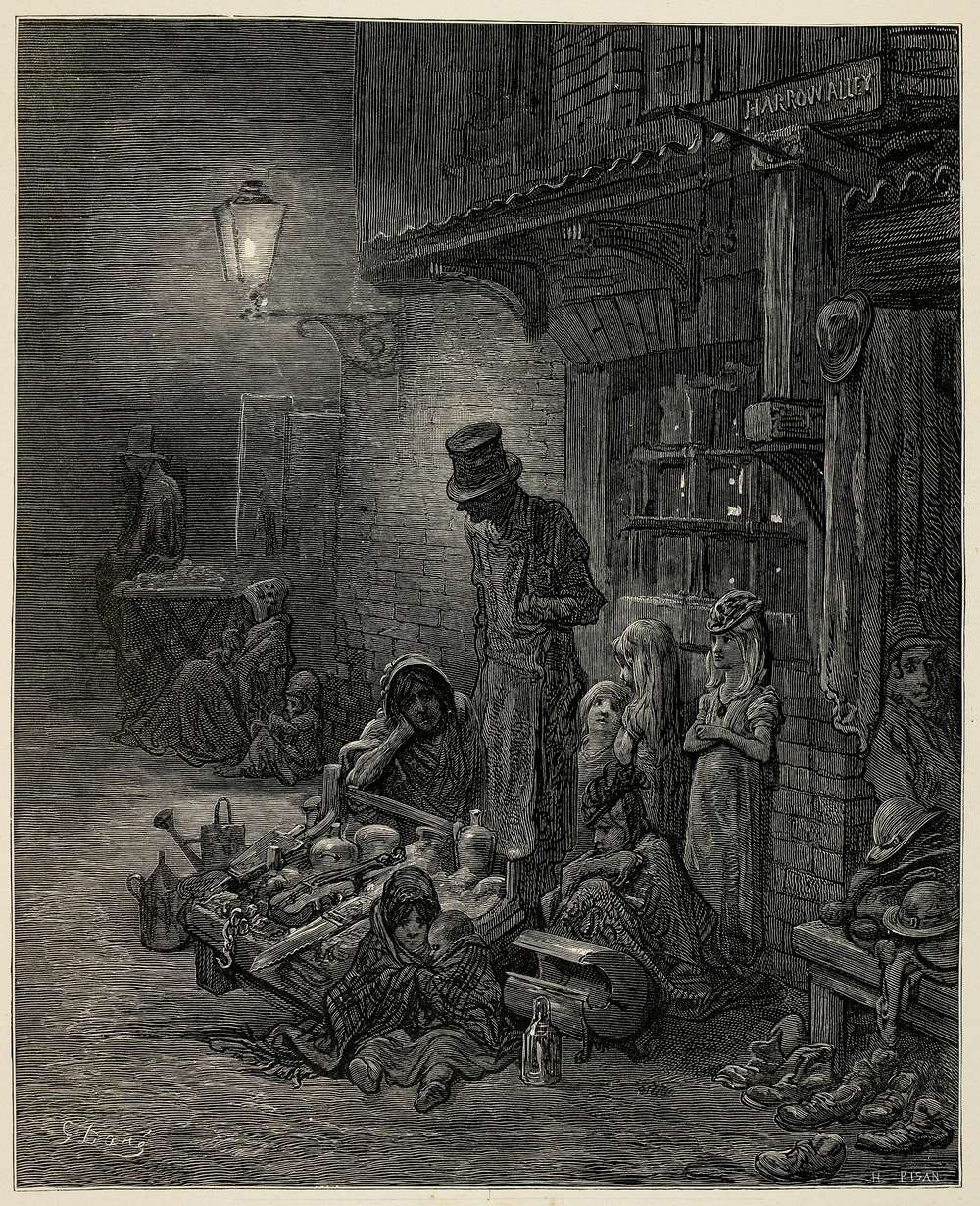 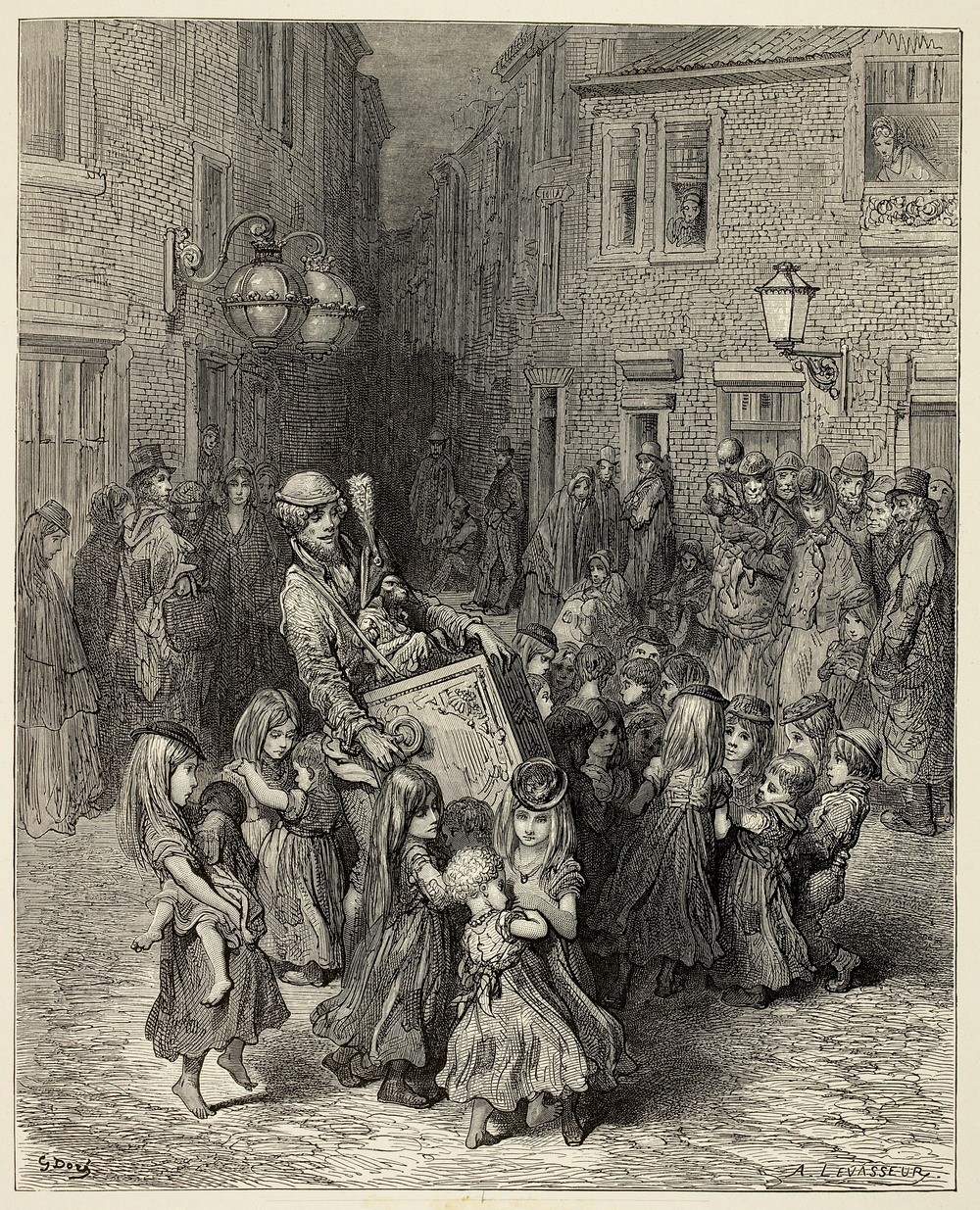 The Organ in the Court 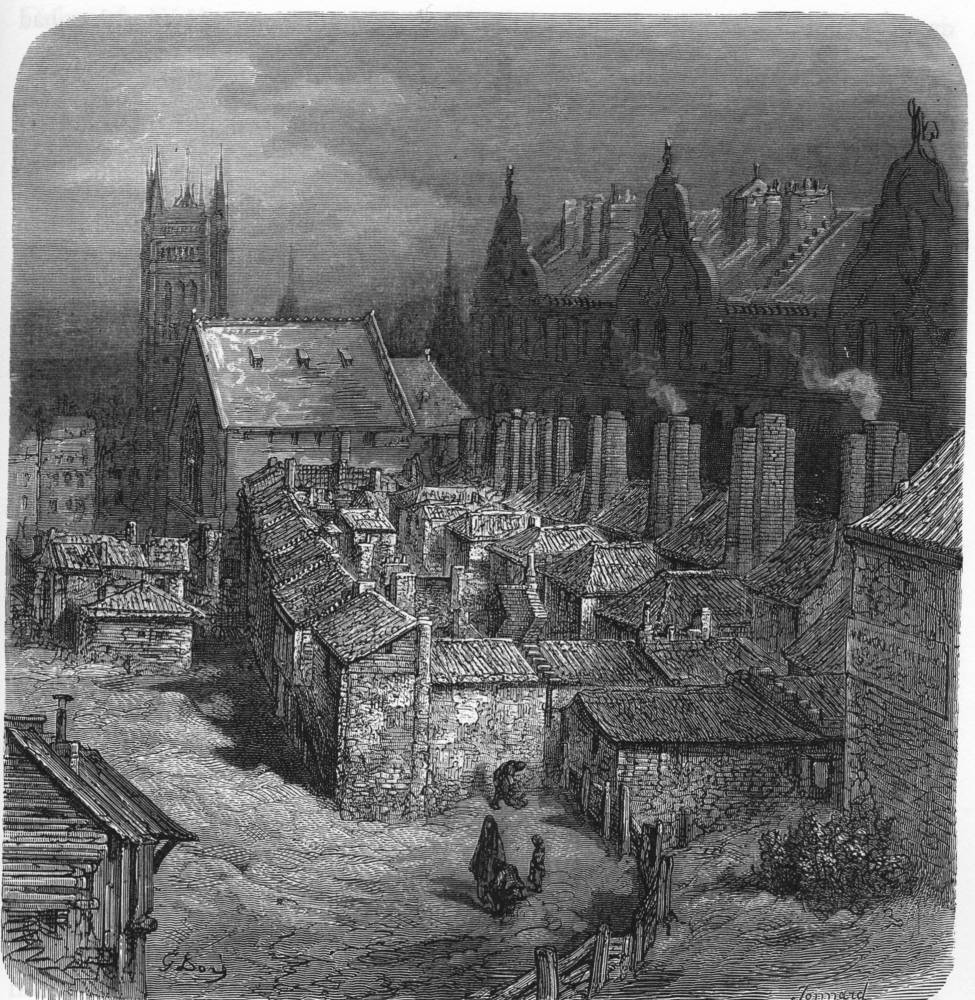 The Devil's Acre — Westminster
“By the noble Abbey is the ignoble Devil's Acre, hideous where it now lies in the sunlight!”